Some thinks that feminist and defending women's rights is new trend or some movement that appeared in the 20th century. In fact, the case is deeper and goes way back to thousands of years ago, when ancient Egyptian women fought to rule Egypt as rightful queens to the heir, trying so hard to prove themselves and rule the country as pharaohs. Equality between men and women concept was not accepted in antiquity and through ancient history. They thought that women cannot be qualified and rational as male rulers, but the Egyptian queens have proved the total opposite by thriving and bringing prosperity to the kingdom of Egypt during their reign.

Feminism started with the first women who reclaimed her rights in society and the first female royal who wanted to descend the throne. Egyptian history is full of Egyptian queens who left a mark in the world and made achievements no less than any other male ruler. They succeeded in battles; they were great leaders, brilliant diplomatists and faithful worshipers to their gods. 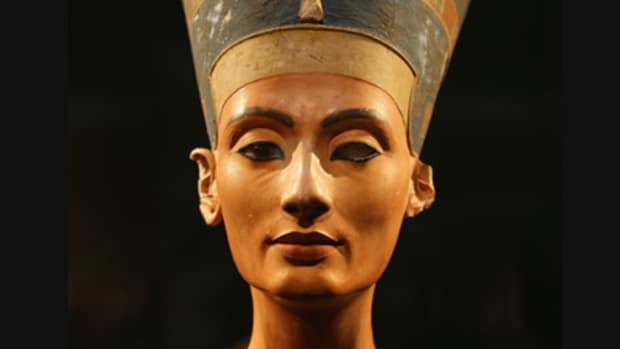 Queen Hatshepsut is the daughter of king Thutmose I and her mother Ahmose. After her father death, she married her half brother Thutmose II and had a daughter from him. Unfortunately, her husband died and left the throne to his son Thutmose III whom was very young to rule the powerful kingdom of Egypt. Hatshepsut became the guardian for the new child Thutmose, ruling on his behalf. Hatshepsut rules for six years as regent, but it seemed that she had enough ruling on his behalf, and decided to rule the country by her own. That was an excellent decision led the country to prosperity under her reign. Hatshepsut faced some problems and challenges since she declared herself the rightful queen and used her bloodline to assume that god Amun chose her as pharaoh. It was  such a bold move from her disregarding the reaction of the common Egyptians, priests and politicians, but she used the concept of how the Egyptians were so obsessed about their divine deities and introduced herself as holly and sacred. Some Egyptologists said that Egyptian people and officials were dispersant to have an adult monarch that can actually run the country.

Hatshepsut broke the rule of traditional male pharaoh, and in order t make her people convinced that she is a legitimate ruler, her plan was to stuck upon Egyptian customs which is the ruling pharaoh must be divine and chosen by gods as she claimed she was. This brilliant plan gained her the priests supports who can easily affect common people as well. Hatshepsut dressed as male pharaoh, maybe because she was trying o show some strength, power and dignity. She wanted her people not to fear her, but to respect her less than no other male pharaoh. All the statues and paintings that belong to the queen depicting her with fake beard like the one wore by male kings. Hatshepsut was brilliant military leader despite the stress and pressure from her Husband's son Thutmose III to take over the throne. He and his followers tried to erase and delete any documents and references of Hatshepsut.

All the information and biography details for the female pharaohs were found in hieroglyphic texts in Dier El Bahri (Hatshepsut mortuary temple) located in the west bank of Luxor city. Other two obelisks placed in Karnak temple were constructed by her command. If you want to visit Hatshepsut temple check out Luxor day tours. Also, go and browse through Nile River Cruise that definitely give you the opportunity to see the queen's mortuary temple and the unfinished obelisk.

Who haven’t heard about queen Nefertiti amazing statue in Berlin museum that depict her as a very beautiful woman with sharp jaw line, full lips and wide eyes. The charming queen was the wife of king Akhenaten and mother for six of his children. Theories say that Nefertiti was not royal, but maybe from the nobles and elite in the ancient Egyptian community. Some Egyptologists said that she was foreign and brought to Egypt to marry then Akhenaten, but there is no real evidence. Nefertiti and her husband were always represented as devoted couples and chosen by gods, Nefertiti played an important significant rule in worshipping god Aten whom her husband the king built dedicating temples for him in Krank, but later, they were destroyed by other pharaohs to use the stones to build other construction. Some Egyptologists collected ruins of the damages temples that show cravings of Nefertiti and her daughters making offerings and sacrifices for god Aten.

Cleopatra wasn’t originally Egyptian, she descends from Greek bloodline and her family (Ptolemaic dynasty) ruled Egypt for a long time. However, she is considered to be the last pharaoh. Many tales and stories were spread about Queen Cleopatra that she was charming attractive woman who seduced Roman emperors and leaders by her beauty. In fact, this isn’t true. Cleopatra wasn’t that beautiful comparing to other Egyptian queens like Nefertiti, but she was very educational woman, intelligent and had sense of diplomacy.

Cleopatra is the daughter of King Ptolemy XII, born in 69 B.C. since the Ptolemaic family ruled Egypt, Greco Roman lifestyle was emerged with the Egyptian, and that was depicted in Architectural art. Unlike the rest of family, Cleopatra was the only one who learned Egyptian language and was interested in ancient Egyptian customs and traditions. According to the Egyptian low, she had to marry her younger brother Ptolemy XIII when she turned 18 to rule the country together which took parts of Libya, Cyprus and the middle East beside Egypt. She never actually got to rule by her own, she was always co-regent. Seems like the young smart queen took Hatshepsut as a role model and followed her plan by declaring herself diving and holly by the Egyptian gods to gain the love and respect from the common people and priests by identifying herself the new version of goddess Isis. Later, as the Greek goddess Aphrodite since she had Greek routes.

The queen started to ignore her little brother and make all the decisions and officials. She removed the Name of Ptolemy XIII and replaced hers which led the court men to be threatened and annoyed by her actions. Her brother's advisors casted her away to the Middle East. So, she made alliance with Julius Caesar to regain control of Egypt.

Cleopatra's death was dramatic. She felt in love with Mark Antony who was charmed by her in return. The great leader decided to divorce his wife Octavia (full sister of Emperor Octavian) to be with Cleopatra. Octavian was irritated by the actions of Antony and attacked Egypt in order to make Alexandria the capital instead of Rome. He sent to Cleopatra telling her that her days as queen is over and that she will walk in the streets of the country she ruled as a slave. Cleopatra wanted to be remembered as glorified queen, so she committed suicide by a snakebite which Egyptians thoughts it gives immortality, and she was buried with Mark Antony.