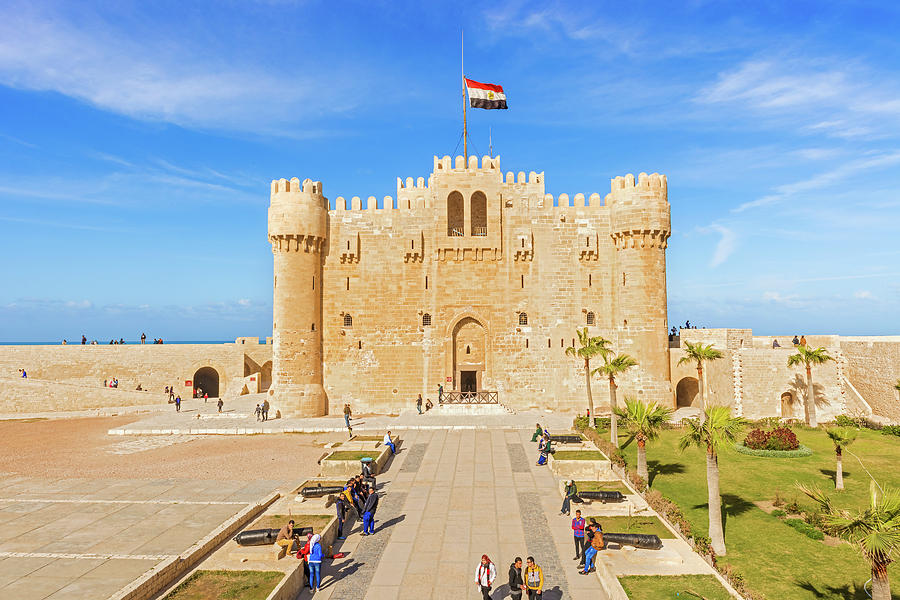 The interior design of the citadel

the castle is square shaped with 150 meter area surrounded by the  middle sea from each side, the first floor contains a mosque and defense hall that allow soldiers to pass easily and defense the walls during wars, the second floor contains chambers and halls while the third floor consist of a huge throne chamber where Qaitbay sultan used to watch the sailing ships towards Alexandria shores, also has an oven for making wheat bread for the soldiers living in the citadel 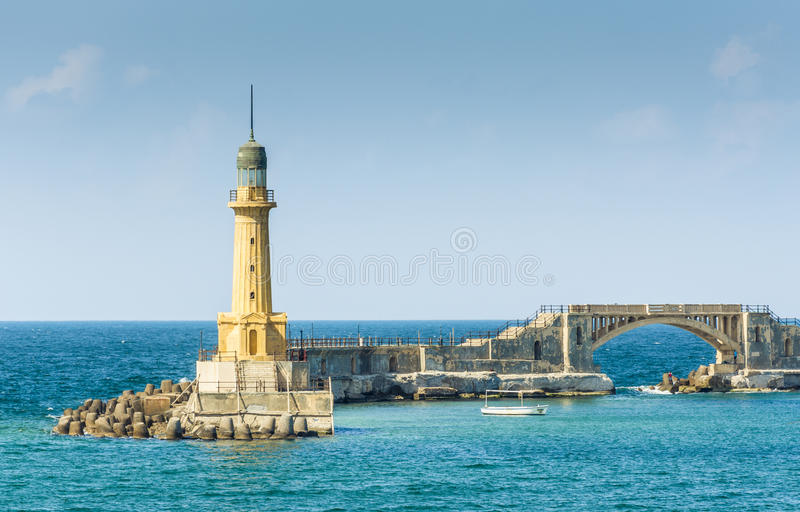 It is replaced by the citadel the lighthouse height is almost 150 meters ,it was dedicated for Poseidon the god of the sea as known to the Greeks and it was decorated by marble statues , the lighthouse was considered one of the seven wonders of the ancient world ,mainly was designed to guide mariners and sailors ,but unfortunately  was destroyed by the earth wake , in 1477 Qaitbay sultan built his military castle on the ruins of the old lighthouse and some said that the citadel was built from the lighthouse left ruined stones.

The citadel during the Mamluky era

Qaitbay citadel has its important position one the white sea coast ,that's why many sultans and kings took care of it through the ages, during the mamluky period we can see that Qansouh sultan provided the citadel of Alexandria with soldiers ,military supplies and weapons .

the citadel during the ottoman empire

when the ottomans invaded Egypt they made the citadel as a defending gate to the northern coast of Egypt ,but the ottomans couldn't stand no longer and the empire started to get weak leads the citadel to lose its strategy and defending importance , while the dominating power of the ottomans began to vanish by time the French forces lead by napoleon succeed to take over Alexandria then rest of Egypt 1798.

when Mohamed Ali Pasha claimed the throne of Egypt ,his first duty was to secure the coasts of Egypt , he renovated the citadel walls ,towers and devolved the defending line to match the military development of the 19th century .in 1882 the revolution of Ahmed Oraby started then the English occupation which one of its results was destroying the castle leading to some cracks in its walls until the Arabian Antiques departure made some renovations to Qaitbay citadel in 1904