Alexandria city was the old capital of Egypt located on the white sea cost and it has the most large Harbours in the country, 80% of the whole imports and exports passes the city, was founded by the great Alexander in 332 B.C. by filling up part of the water which separates between Pharos island and a small village called  Rakotis. read the article to know more details about Alexandria city and also check our Egypt tours if you want to visit it. 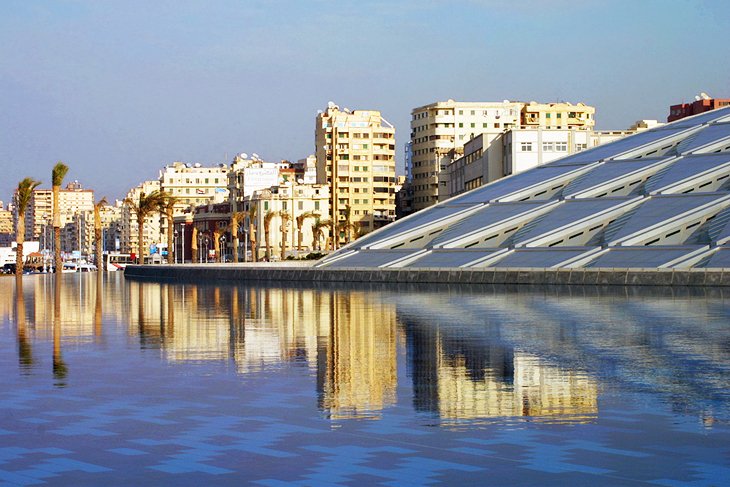 The history of Alexandria city

Alexander and those who came after took the city of Alexandria as the capital of Egypt for almost thousand of years until the Islamic conquer by Amr Bin Al-Aas in 641. at the beginning of the fourth century B.C. Alexandria was nothing but a small port town counting on fishing ,and Egypt back then was under the Persian domination after the fall of the Pharaohs dynasties 343 B.C . However, the two empires of the Greeks and Persians were competing to rule the world and whenever one gains power the other gets more powerful.

Alexander the great was a Macedonian king ,he was taught by the well-known philosopher Aristotle and grew up to be the most brilliant warrior of all time , he dreamt of defeating the Persian empire and eliminating all of his competitors in order to rise with his own empire .indeed ,he achieved what he was looking for and controlled half of the world even before he reaches 30 years old . after his father's Philip the second assassination he claimed the throne in age of 20 , the people and his own advisors thought he will not hold on for too long with such young age and lack of experience besides all of the conspiracies around him , but he didn't stop impressing everyone with his military mind and honest vision , so he decided to follow up his father's footsteps to spread the Macedonian dominance.

the young king started facing his first enemy the Persian emperor Daruis the third ,he took over Iraq. Syria and Gaza and before setting up for the next state he offered his opponent peace but it was rejected anyway, so he sieged them for weeks and entered Egypt where he founded Alexandria by leaving the mission of building the prominent city to his commander Cleomenes , it seemed to be a fact as told he never lost a battle and always was sure of victory . Alexander was growing very fund of the Egyptian civilization ,some said he traveled through deserts to counsel Ammon god of the sun as ancient pharaohs assumed.

Every city has its own personality as supposed revealed in its architectural identity. Architect art refers to the people’s own culture and their sense of beauty .Alexandria city or as its called “the bride of the middle sea “ full of rare monuments expressing the creativity of construction, for example the lighthouse which was built on Pharaohs island in Ptolemy the second reign was considered from the seven wonders of the ancient world, its height between 100_120 meter and remained the tallest handmade structure after the pyramids of Giza, this lasting legacy was designed by the Greek Sostratus to guide mariners and protect sailors but unfortunately it was destroyed by the earthquake in the 1330 s. if you intended to travel to Egypt don’t forget to choose a package includes a tour on the city to enjoy the sightseeing. you should keep yourself updated in the library of Alexandria which can houses more than 8 million book, or maybe you can take a look at the Pompey’ Pillar which reaches around 27 meter, it was constructed to commemorate the roman emperor Diocletain in the third century and considered the highest cenotaph of the world, near beside the column there are two small statues similar to sphinx made of pink granite and belong to Ptolemy the sixth region. Countless attractions you will find in the city, the roman theater ,the national museum, the Greek roman museum and last but not least Qaitbay citadel.