Philae, The Pearl of Egypt, was a beautiful island surrounded by clear blue water and black granite boulders.

The nearby island of bigger, the southernmost site in Egypt proper, contained the (Burial place) of Osiris, an unapproachable sanctum within a sacred grove. 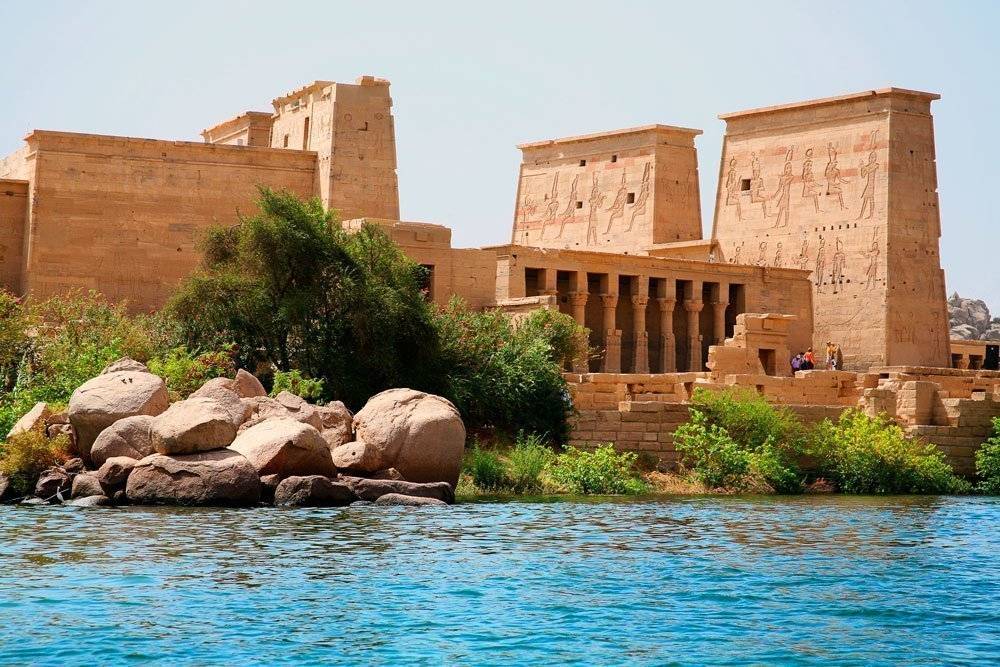 - Isis the sister and devoted spouse of Osiris, dwelt in the temple pf Philae according to the ritual, Isis would visit her husband on special occasions, travelling the short distance in her sacred bark, amidst solemn ceremonies.

- The temple of Isis on the island of Philae was famous during the Graeco-Roman period.

- After the erection of the earlier dam at Aswan, the floodwaters inundated the island so that only the tops of the pylon were visible above the water.

- The construction of the much higher Sadd el-Aali(The high Dam) threatened to engulf the island permanently. Consequently, the entire sacred complex of Philae had to be moved to a nearby island, Agilkia, which is higher than Philae. 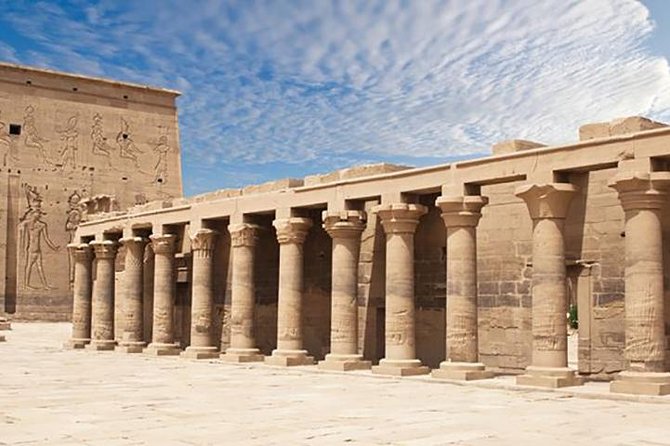 - The sacred precinct of the temple (which includes several buildings) occupied most of the area of a small island.

- The main temple is approached via a long esplanade flanked by beautiful columns.

- In front of the first pylon is two granite lions. On the walls of the temple of Philae were inscribed the latest hieroglyphic and demotic inscription among the buildings of the complex the Pavilion of king Nectanebo (30th Dynasty) the main temple of Isis and her son Harpocrates (Horus the Child) the gate of Hadrian the Temple of Hathor and the Kiosk of Trajan.