Development for the task started in 1960 and was finished in 1968. It was authoritatively initiated in 1971.

The total budget for building was very high and came to one billion dollar with a supply limit of 132km³, the Aswan High Dam gives water to around 33,600km² of water system land.  Sudan and Egypt both needed such a project to controls flooding, creates power, and aides in improving route over the Nile. Since this project benefits both of the African countries, Egypt and Sudan agreed in 1959 to push portion of 18.5 cubic kilometers of water to Sudan. Aswan city is one of the main touristic capitals in Egypt. Many Nile River Cruise stop over the city to visit its attractions. It hosts the Philae temple which is known also as Isis temple. The dam also became an important stop station for Nile cruises and one of Aswan highlights visited by tourists. Travel to Egypt operation team is making sure to include different programs to Aswan in Egypt tours . 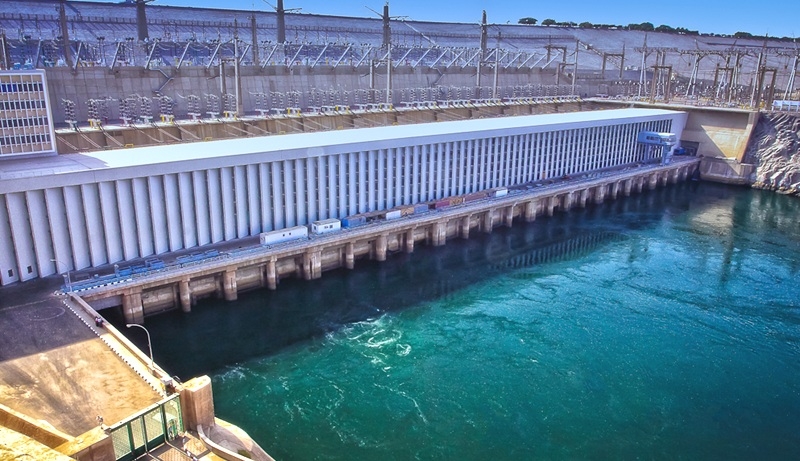 A dam was finished at Aswan, 500 miles south of Cairo, in 1902. The primary Aswan dam gave important water system during dry seasons. However, couldn't keep down the yearly surge of the flooded Nile River. During the 1950s, Egyptian president Gamal Abdel Nasser imagined fabricating another dam over the Nile, a huge one enough to end flooding and carry electric capacity to each edge of Egypt. He won United States and British monetary support, yet in July 1956 the two countries dropped the idea subsequent to learning of a mystery Egyptian arms concurrence with the USSR. Accordingly, Nasser nationalized the British and French-possessed Suez Canal, aiming to utilize tolls to pay for his High Dam venture. This demonstration encouraged the Suez Canal Crisis, in which Israel, Britain, and France assaulted Egypt in a joint military activity. The Suez Canal was involved, yet Soviet, U.S., and U.N. constrained Israel, Britain, and France to pull back, and the Suez Canal was left in Egyptian submits 1957

Soviet credits and continues from Suez Canal tolls enabled Nasser to start chip away at the Aswan High Dam in 1960. Around 57 million cubic yards of earth and rock were utilized to fabricate the dam, which has a mass multiple times that of the Great Pyramid at Giza. On July 21, 1970, the eager venture was finished. President Nasser passed on of a respiratory failure in September 1970, preceding the dam was officially committed in 1971

The monster repository made by the dam–300 miles in length and 10 miles wide–was named Lake Nasser in his respect. The arrangement of Lake Nasser required the resettlement of 90,000 Egyptian laborers and Sudanese Nubian travelers, just as the exorbitant migration of the old Egyptian sanctuary complex of Abu Simbel, worked in the thirteenth century B.C.

The Aswan High Dam finished the Nile's overwhelming floods, recovered in excess of 100,000 sections of land of desert land for development, and made extra yields conceivable on around 800,000 different sections of land. The dam's 12 goliath Soviet-fabricated turbines produce as much as 10 billion kilowatt-hours every year, giving a colossal lift to the Egyptian economy and bringing twentieth century life into numerous towns. The water put away in Lake Nasser, a few trillion cubic feet, is shared by Egypt and the Sudan and was pivotal during the African dry season long stretches of 1984 to 1988.

In spite of its triumphs, the Aswan High Dam has delivered a few negative reactions. Most expensive is the steady reduction in the ripeness of rural terrains in the Nile delta, which used to profit by the a great many huge amounts of residue kept every year by the Nile floods. The decrease of waterborne supplements streaming into the Mediterranean is associated to be the reason with a decrease in anchovy populaces in the eastern Mediterranean. The finish of flooding has strongly diminished the quantity of fish in the Nile, a large number of which were transitory. Lake Nasser, in any case, has been loaded with fish, and numerous species, including roost, flourish there