Who haven’t heard about the Egyptian ancient civilization! It plowed the world's mind and left everyone in awe when its elements were discovered for the first time one by another. The ancient Egyptians broke all the rules and made what was thought to be humanly possible seven thousand years ago, when they built the first stone structure in the world "Sakkara" and the great three pyramids. This was only the beginning of something bigger and greater, for an extraordinary civilized world. The magnificence the Egyptian civilization has witnessed was only a result of hard working and laboring day by day. Their civilization was based on few but determiner elements that actually made the Egyptian culture so popular amongst others; the religion and Egyptian gods, the hieroglyphic writing and the mummification process in which we will discuss in this article with details. Egyptians had really strong religious believes lies on fusing the creator and the created into one. They believed that mankind collaborated with Isis and Osiris to create life and that there were no sharp distinction between them. However, their gods remained so sacred and unchangeable for them. They believed that these gods are invisible as the sun rays and infinitive, and the shaped features of them as humans and animals was only kind of symbolism. The unusual complex way of hieroglyphic writing shed the light on ancient Egyptian sites and scientists were interested to figure out what theses mysterious symbols refer to, and that’s how Hieroglyphic writing was a characteristic element of the ancient civilization that stimulated scientists to know more about mummification in ancient Egypt.

You might ask yourself, why the Egyptian were so keen to mummy their dead? It goes back to their religious thoughts of the afterlife and death gate, and that death is such a passage for new whole existence of immortality. The merely life of an Egyptian was the not the end, it was a journey for more blissful and delightful infinitive different state. Priests confirmed their pharaohs that their material possessions can be taken with them to afterlife and their bodies will be used again, and that's why they have came up with a technique to preserve the corpses and organs to be resurrected again. The unusual method of preserving dead bodies called "mummification". In fact, the word "mummy" is derived from an Arabic word "mumyai" which means a "pitch" or "container". Almost every pharaoh's body was mummified and a lot of them were found. There being displayed now in mummy hall\ the Egyptian museum beside their collections. 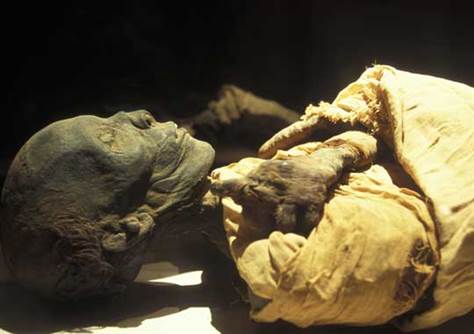 The dry climate in Egypt and the absence of bacteria were important factors in the mummification process beside some of the brilliant techniques that the Egyptian used to embalm. The complicated process required many steps, first of them was extracting the brain by a hook. Then, the eyes was removed and replaced with a certain mixture. A shaft was made on the left side of the body to extract the stomach, liver and lungs to be sealed in funeral jars made of limestone, alabaster or clay, depending on the social standard of the dead body. Only the heart was left in place after treating it with boiling bitumen. The funeral jars also known as canopic jars. Each one of them has different shapes of human, Jackal, hawk and baboon heads. These four represent the spirits of the dead. The internal organs of the mummy were washed with palm wine and dried by using aromatic plants powder, and finally filled with wood sawdust which has a perfumed smell. After extracting all the mentioned internal organs, the body gets immersed in natural sodium carbonates bath for seventy days. This actually benefits the mummy by dissolving the flesh and muscles. Finally, the last mummification step would be wrapping the entire body with cotton binding layers starting with the figures to the hands, and then the arms and legs. The mummies of pharaohs could be decorated with golden jewelries or golden masks describe their face features, such like the Tutankhamun mask. The oldest mummy discovered was for (Sekkeram) son of Pepi the first from the 6th dynasty. It was found in Saqqara in 1881 and now displayed in the Egyptian museum. 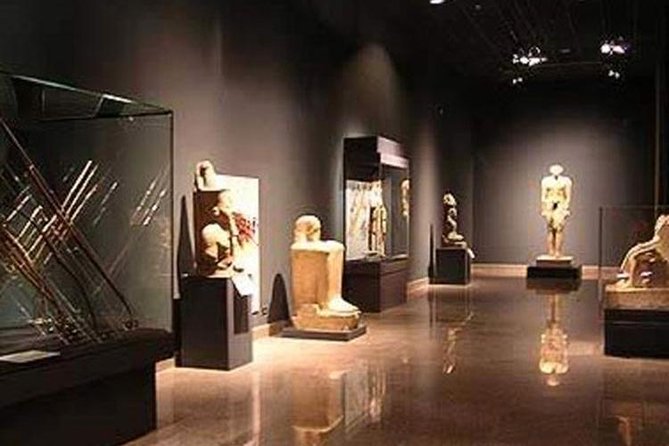 Seeing a body front of you is like traveling back in time to the days of Pharaohs. You definitely don’t want to miss this experience. If you are coming to Egypt any time soon, we recommend you to visit the mummification museum in Luxor city. Also, booking one of Egypt Nile cruise would a very good choice in which you'll visit most of Luxor attractions that embrace the elements of Egyptian civilization like the Hieroglyphic texts on the columns of karnak temple. The museum of mummification displays funeral objects, coffins, mummies for high priests and animals. It is the best place to reveal the secrets of Egyptian mummification while showcasing some mummification substances beside some burial scenes were copied from royal tombs similar to. Travel to Egypt has provided customize your trip option to include any of your favorite destinations within your package. So, if you haven't found the museum of mummification included in our Luxor day tours, you can customize it