Discover north of Luxor and visit the well preserved temples of Dendera and Abydos with their well retained visible colors. Abydos was the pilgrimage center of the ancient Egyptian kingdom and it used to contain some burials of the first and second dynasties for being the afterlife gate according the Egyptians believes .the temple of Abydos belonged to the king Seti the first of the 19th dynasty, but he was dead before it was all finished , so his son Ramses the second completed the mission. the temple is very unique among other Egyptian temples with such breath taking decorated ceilings show how much Egyptians were obsessed about details and admired perfection. Dendera city was one of the major capitals of ancient Upper Egypt, and the center of worshipping  goddess Hathor (imaged as a cow). Some said that Hathor was identified to the Greeks as Aphrodite (goddess of love and art) which make sense because the temple was built when Egypt was under the ptolemaic dynasty rule who descended from Greeks anyway. Ancient Egyptians keep astonish us with their genius mentality, architectural creations  and mummification skills, but they were also astronomy scientists and observers. you 'll find  stunning astronomical scenes on the ceilings and zodiac carvings. it is worth all the time and effort to visit these two exceptional temples of Dendera and Abydos.

The mythologies of Abydos city

Abydos is a small town located in southern Egypt nearby Luxor city; it's full of local farmers and green fields and also with ancient cult temples. this holy city of Ancient kingdom of Egypt was the center of god Osiris worship, Egyptian named the god of dead (Abydos) and they believed that when the world created upper Egypt was under the supervision of the god king Osiris who was murdered by his brother god Seth out of envy and then cut his body into pieces and throw them into the river, but the head landed in Abydos. Since then, Abydos was the burial place and cult center of the traditional god king Osiris and Egyptian built the temple of Abydos to glorify Osiris .Abydos temple has boats model as a function for the afterlife journey to Abydos. 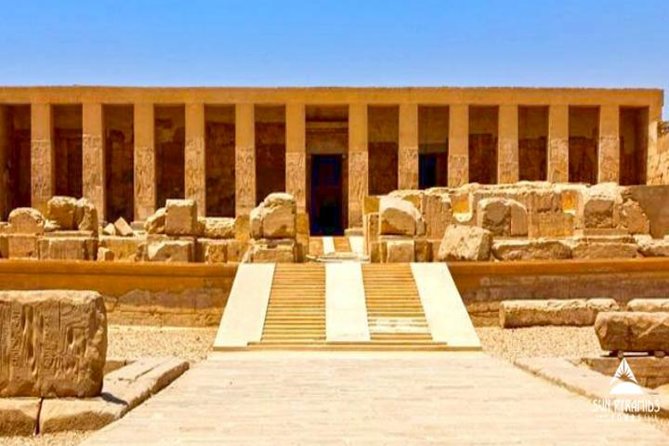 Abydos temple is one of the most visited Luxor attractions, the main features of the temple is well preserved , even the paintings on the wall still keeping its own colors, the most famous figure of the temple is a long list of royal kings names since the monarchy family started in Egypt, it is called "Abydos list of kings". The temple of Abydos is also known as the temple of Seti I, constructed in 1300 B.C  by king Seti and his son Ramses II of the new kingdom. the roof of the temple is note much damaged but the pylon and the forecourt  are mostly destroyed, but still have partial reliefs of king Ramses II fighting enemies in the battle of Qadesh . the stairs leads to the upper second court where are some pillars decorated with reliefs of king Ramses II greeting the gods of the temple (Osiris, Isis and Horus ). the outer hypostyle hall of the temple is covered by king Seti reliefs that was completed by his son after Seti's  death. The inner hypostyle hall is made of sandstone and limestone in which some parts remained unfinished but the completed sections are shown king  Seti making offerings Osiris and Horus . 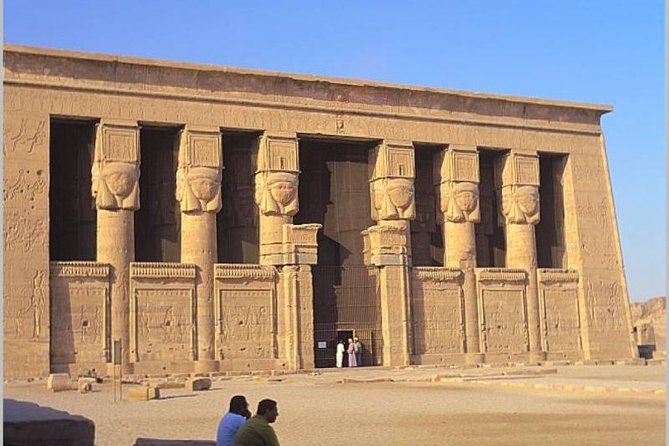 Dendera city is located on the west bank of the Nile, south of Abydos. Most of the monuments of Dendera city date back to the Ptolemaic and late Coptic periods with some relics goes back to the Egyptian new kingdom ,the most famous among them is Hathor temple or also known as Dendera temple complex which was constructed in the Greco Roman period and incorporates ruins of old and new kingdom. there are two Roman wells in front of the temple entrance and three parallel chapels to each other, the temple is well preserved and originally was a healing center dedicated to Hathor goddess of fertility and healing and the wife of god Horus. the most fascinating sight of the temple is the roof chapel dedicated to Osiris , the walls and the columns are covered by Roman emperors figures with Egyptian gods reliefs . Travel to Egypt company has already arranged Nile river cruise  and Luxor day tours that include visits to Abydos and Dendera temples.