ancient Egyptian had really special believes about the afterlife journeys, and that one's life doesn't end with merely death, because he will face a whole different new life amongst gods. According to those believes, they decided to immortalize their bodies and memories by mummification and keep them in safe place far from the violation hands and thieves. With this in mind, pyramids were built for these functions, but unfortunately, they weren’t that save for pharaohs treasures and jewelries as expected. Many of the golden royal items was stolen of well known pharaohs, ancient kings and Egyptian priests through many violations during history of the ancient Egyptian kingdom. During the new kingdom, Egyptians came up with a new idea for keeping pharaohs and kings properties, gold and funeral items that used to be buried with them save by constructing hidden tombs beneath the ground, and that's what we call today the valley of kings and the valley of queens. The huge necropolis of the valley of the queens contains tombs and burial chambers for many popular queens, children princesses and princes from the 18th and 19th dynasties. 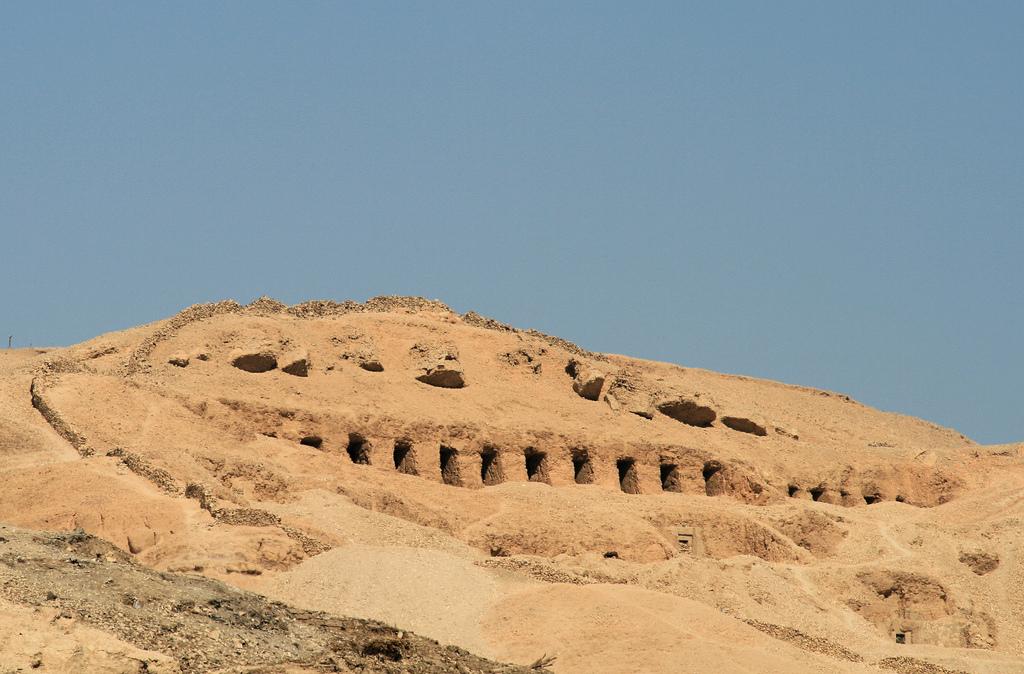 Valley of the queens

The valley of the queens was the official burial chambers for the wives and children of the royal family. the archaeological site is located on the west bank of Luxor city, few kilometers south of the valley of the kings. Luxor city was the capital of ancient Egypt known as (Thebes). The site is composed with linked valleys full with 70 rock cut tombs. each tomb has long corridors that leads to main burial chamber and smaller side chambers. There are some differences between the valley of kings and the one belongs to the queens. Above them is that the kings valley is more majestic, royal and bigger, even though, some tombs were designed by the same talented workmen who where engaged at work for the two valleys. The most fascinating tomb that literary will take your breath is the one that belongs to queen Nefertari, the great wife of Ramesses the second. The tomb has unique design and capturing paintings that attracted many tourists worldwide since in it was discovered in 19th century by Ernesto schiaparelli. The valley also composes other tombs for queen Tyti, prince Amen, and Khaem-west. 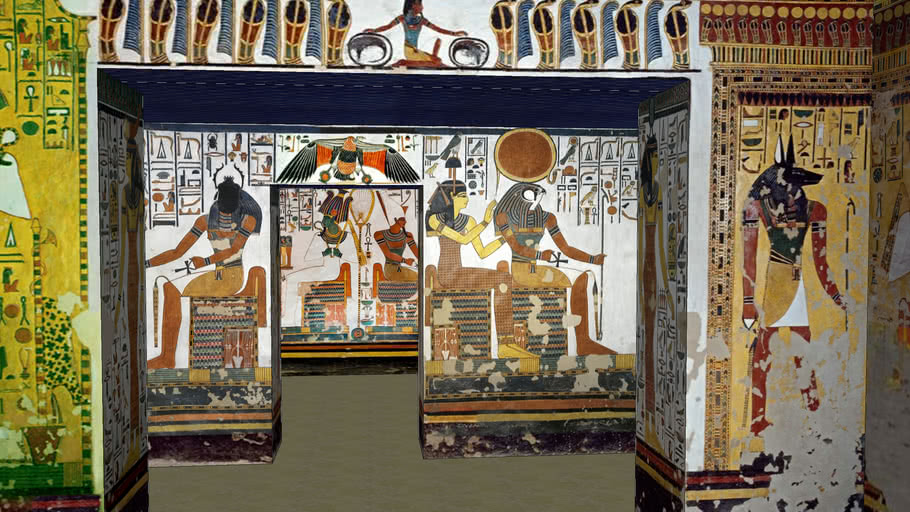 One of the most astonishing and popular tombs in the valley of the queens is queen Nefertari tomb, the wife of the great pharaoh Ramesses the second. the burial chamber is probably the fanciest thing you'll ever see with its colorful paintings and hieroglyphic texts cover the wall and he ceilings. The reliefs shows queen Nefretari, the ruler of the double land Egypt, gives offerings to the god Osiris, on top on the entrance wall, you'll see goddess Maat (god of truth and cosmic) stretching her wings to provide protection to the queen's tomb. King Ramesses the second loved his wife and honored her by building her a temple by the famous Abu simbel temple that carries out her name (queen Nefertari temple).

Young prince Amon was the heir of the throne, son of king Ramesses the third. the tomb has colored scenes of the young prince standing beside his father the king while clasping hands with god Imesty, one of god Horus sons.

One of the striking tombs in the valley of the queens is queen Tyti tomb. Tyti is from the 20th dynasty is depicted in different ways. Some times as braided young girl and in some scenes she is painted as middle aged woman which is uncommon in the Egyptian art