Egypt has played a significant rule in spreading Christianity in the Middle East region and housed important churches. The beginnings of Christianity in Egypt date back to the beginning of the Christianity itself. The religion was brought to Egypt by Saint Mark during the reign of the Roman Emperor Nero, in the first century. Saint Mark founded the church in Alexandria which was a center for the priests to live and teach others Christians. Some places in Egypt were shelter for the holy family during their journey, like the site of Babylon fortress and the site of Surgeons church. Christians of Egypt are called Coptics, and they were able to preserve their identity and survive with their entity throughout the changeable history of Egypt and the Islamic conquest in 642 A.D. until his day, Egypt's second main religion after Islam is Christianity that follows orthodox church, and still houses many of the significant churches and monasteries like the hanging church, Saint Simon church, the cave church, Saint Mark church and many others that must be visited during your Cairo day tours in Coptic Cairo. 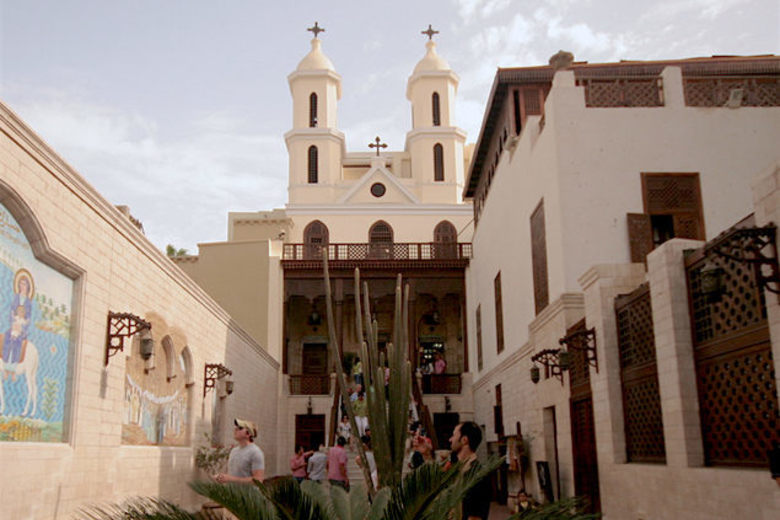 Egypt is the land of prophets who have stepped on its holy land and left their foot print. No matter what that country have been passing through the last years, there is no doubt that Egypt is one of the most places that enjoys diverse and rich history. Christianity has shaped the country's history throughout the years, and doesn't actually matters if you are Christian or otherwise, everyone should visit Coptic Cairo and get to know more about history, Art and amazing architectural designs. That’s why travel to Egypt has included Coptic Cairo tours in most of Egypt tours itineraries. Among the beautiful churches in Egypt, the hanging church of virgin Mary is the oldest for dating back to the third century. It was named as the hanging church, because it takes a place on the highest point of the Babylon fortress.  Some historians believe that the church may date back older, and was used as a Roman temple before it was converted into Coptic Church. The church was once the seat of patriarchs and was transferred to many places.

The hanging church of the Virgin Mary is also housed Coptic antiques that date back to the 8th century. There are about 110 icons and some old inscriptions such as the ones that belong to leader Amr bin Al-as who wrote on the walls asking Muslims to treat the church rights. The church is divided into the entrance, three sanctuaries, the naves and a wooden ceiling similar to Noah's arch. In front of the entrance, there is a passage that used to be a resting place for visitors. The most well-preserved and popular sanctuary is located on the Eastern side of the middle one which is dedicated to the Virgin Mary. This sanctuary has an altar made of marble, a wooden dome and marble columns to support it. The church is decorated with beautiful scenes of prophet Jesus on a throne surrounded by the evangelist which depicting the 4th-century art style in a very stunning way. The hanging church in old Cairo is one of the classics you must visit.