Salah El din citadel is one great landmark in Cairo city, was built at the end of the 12th century. particularly in 1176. It was commanded to be structured by one of the greatest leaders of the world.

Salah El Din Al Ayoby who establish the Ayyubid dynasty and ruled for a good time.

The citadel function wasn’t only as a defense line, but in was the ruling center and governing seat through the Ayyubid period, Mamluks and even Ottomans. The citadel protected Egypt against violence and the city from many invaders, but also was a save place for several monumental mosques, included Mohammed Ali mosque which is considered a fine example for the Ottoman architectural skills and creativity, also there is Nasser Mohammed mosque which was built by the Mamluks and Sulaiman Pasha small mosque. beside all ancient mosques, Cairo citadel has four museums situated on a high cliff in the citadel, the military museum, the police museum, jawhara palace museum and the royal carriages museum. travel to Egypt has organized Cairo day tours and Egypt tours that include a visit to the citadel of Salah El Din. 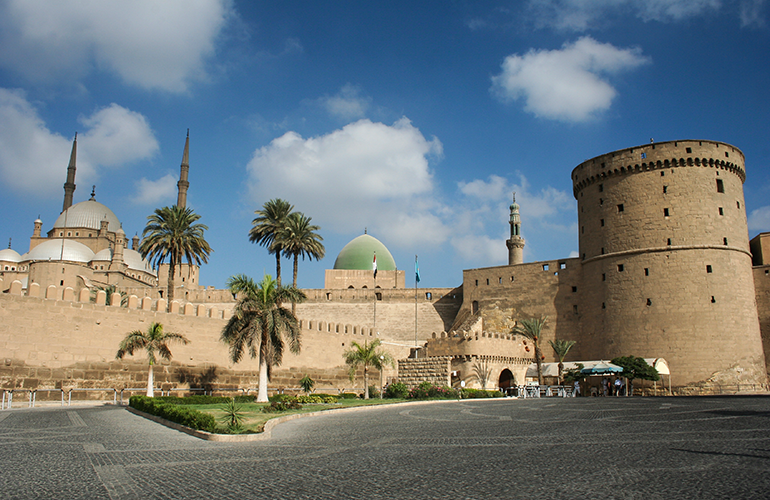 The purpose of the citadel

The fatimmid dynasty ruled over Egypt from the 8th century to 12th century, and when Salah El din decided to take over Egypt, he did so easily without any resistance from the fatimmid or any defense from Egypt. Salah El din realized back then that Egypt borders is unprotected and was inspired by the Syrian citadel structure and how fortified and protective they were. The great leader commanded to build the citadel on a high hill called Mokattam that overlooks on the entire city of Cairo and has such a strategic position. The citadel witnessed so many important events and defended Egypt in a lot of situations while the crusaders were carrying a military campaign against the Middle East. After the Ayyubid period is done and followed by the Mamluks dynasty, the sultan of the Ottoman Empire send Mohammed Ali to take over Egypt under his leadership, and that’s when the famous political event known as "the massacre of the citadel" took place. Mohammed Ali invited all the Mamluks and murdered them in the Al jawhara palace inside the citadel. The citadel also witnessed the French campaign by Bonaparte on Egypt in 1798.

The citadel wasn’t unfinished until 1182 and was fully completed during the period of Malek Al Kamel the king after Salah El Din. Even though the contraction begun in 1176, it took about 6 years to be done. Salah commanded he soldiers to help within the constructions and some of the crusaders capturers were working. Moreover, king Salah ordered to dug a water well in case if the citadel was ever came under seige. He had a vision of the fortress to be the ultimate definition of protection, defending and retreating, and indeed, the citadel was viewed as a marvelous military structure after completion. Some said that Salah tore down some pyramids in Giza to take its stones and construct the citadel. 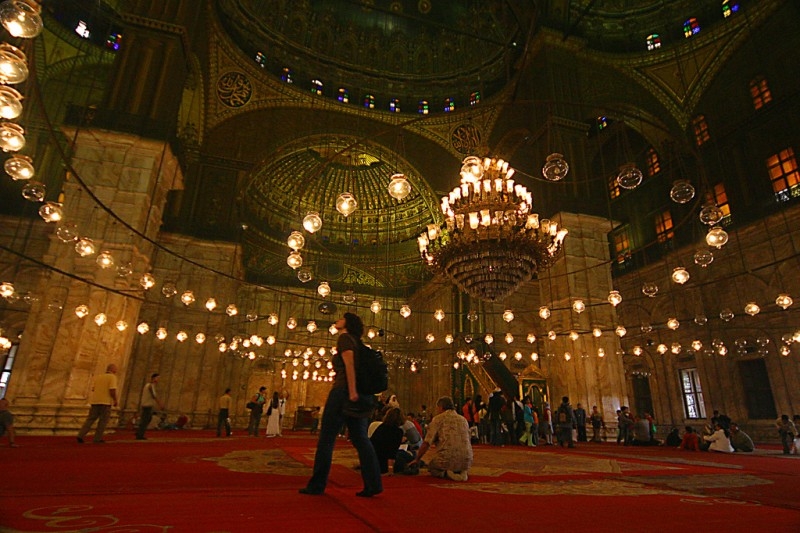 There are several gates in the citadel, Mokattam gate, the Iron Gate and the middle gate. Mokattam gate was built during the Ottoman Empire from very hard rocks near by the watching tower of Mokattam hill in 1785.

The iron gate was the largest and the main gate of the citadel, it was constructed by Mohammed Ali in 1822. He also paved a street connecting between the gate and Cairo city known recently as Bab Al Hadeed street or the iron street. The iron gate has two facades, the northern façade that overlooks at the iron street with some really exotic beautiful design, and the old building façade which is 18 m high.

the middle gate simply located between the Mokattam gate and the iron gate, was renovated by Mohammed Ali in 1826.

The ottoman emperor sent Mohammed Ali pasha to rule Egypt under his name. he took the citadel as governing center and actually lived there for a while. Mohammed Ali pasha ordered his architect Yusuf Bushnak to build him a mosque carries out his name and commemorate him in 1830.

it was the royal mosque of the citadel were the sultans of Egypt prayed their Friday prayers and was built in 1318.

The mosque is an example for the ottoman architectural style, built in 1528.

It was commissioned by Mohammed Ali pasha in 1814. The palace is a masterpiece of Art designed by architects and artists from different countries. The palace contains unique Antiques was given to the pasha such as 1000 kg chandelier hanged in the audience hall of the palace.

The museum was first founded in 1937, and took place in the ministry of war located in down town Cairo. The museum was later moved to the citadel after many renovations. The Egyptian national military museum displays many objects, included the weapons were used in war events of Suez war, Arab-Israel war and even some pharaonic military items.

The national museum of carriages displays wonderful collection of royal carriages date back the khedive Ismail reign until king Farouk. It was first opened in 1983 and was renovated in 2013, recently located in the citadel front of Mohamed Ali mosque.